Soon after the Defense Information Systems Agencymoved email accounts to a cloud environment in July, DISA CIO Dave Bennett has unveiled another step month toward transforming the military’s technology posture.
The agency has kicked off a five-year initiative to implement cloud-based core data centers across theDefense Department‘s worldwide information network.
By 2018, the agency is working to help the Pentagon reduce its number of IT facilities by 30 percent while leveraging cloud computing and big data analytics technology to enhance the execution of DOD missions.

Contractors are making a strong push to help shape the “untapped market” for big data, as Jim Reagan, The SI Organization CFO, recently called it, that encompasses managing, acquiring and making large volumes of information widely available.
On its end, Reagan says the SI is developing applications for the geospace and healthcare sectors that will work to give users insights into data streaming in from satellites, sensors and other inputs.
Any data collected is “not useful to a customer unless you marry the data with the right application,” Reagan said.
Reinhard Hoene, SAS senior product manager, said her company has released a new service intended to merge predictive analytics with visual analytics to help federal

customers pinpoint information they need from across their systems.
In addition to other uses, the data analytics contractor’s seeks to help users identify root causes of problems and build up safety measures against potential hazards.
For more than 11 years, the Potomac Officers Club has brought together GovCon and Government decision makers to meaningfully engage and exchange ideas about the next-generation technologies that will drive the public sector forward.
The POC’s next breakfast event onSept. 26 will feature Pentagon CIO Teri Takai, the woman in charge of the Pentagon’s efforts to get those innovations not just into the battlefield, but into the department’s worldwide enterprise.

SAIC Split Approved by Company Board 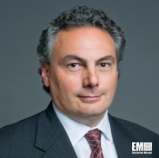 SAIC will complete the spinoff of its services business on Sept. 27, after which that business will operate under the name Science Applications.

Leidos Holdings, the other of the two independent companies, will begin trading on the New York Stock Exchange Sept. 30, as will Science Applications.

Each SAIC stockholder will receive one common stock of Science Applications for every seven shares they hold SAIC. 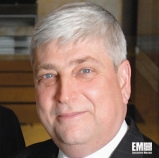 Bill Perlowitz has been appointed SVP and CTO at STG and will lead a team of technical experts to develop and implement the company’s technical vision.

He most served as chief technologist at Wyle’s science, technology and engineering group.

Perlowitz’s earlier roles include VP of advanced technology at URS Apptis, CTO of Reliable Integration Services and a position at IBM’s federal sector. 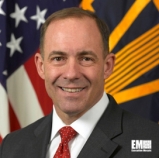 The retired Marine Corps officer most recently served as deputy assistant defense secretary for rule of law and detainee policy, where he was responsible for developing and coordinating global policy guidance.

Lietzau has also been deputy legal adviser to the National Security Council and the Staff Judge Advocate of U.S. European Command. 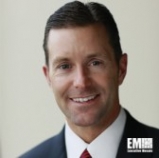 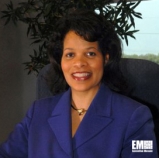 “To meet the complex needs of many of our government clients, it is critical to bring together process, personnel and infrastructure to best utilize resources,” said Marilyn Crouther, SVP and GM of the U.S. public sector at HP Enterprise Services.