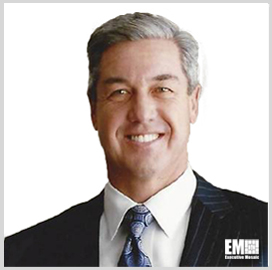 Executive Mosaic is glad to announce Jerry DeMuro, who will start his new role as president and CEO of BAE Systems Inc. on Feb. 1, as the newest member of the Wash100, the premier group of leaders who drive innovation in the public and private sectors.

He brings 36 years of national security, technology and aerospace experience to his role as head of the British contractor’s U.S. subsidiary, having spent nearly a decade at the Defense Department as an acquisition official.

Additionally, DeMuro held the title of corporate vice president at General Dynamics until his retirement from the company in February 2013.

Before his elevation to lead the IS&T group, DeMuro served as president of General Dynamics C4 Systems upon that business’ formation in January 2002 and also held the same title for the company’s communications systems business, the predecessor to GDC4S.

He joined General Dynamics in 1999 upon that company’s acquisition of GTE Government Systems, where he served as general manager of that company’s communication systems prior to the transaction.